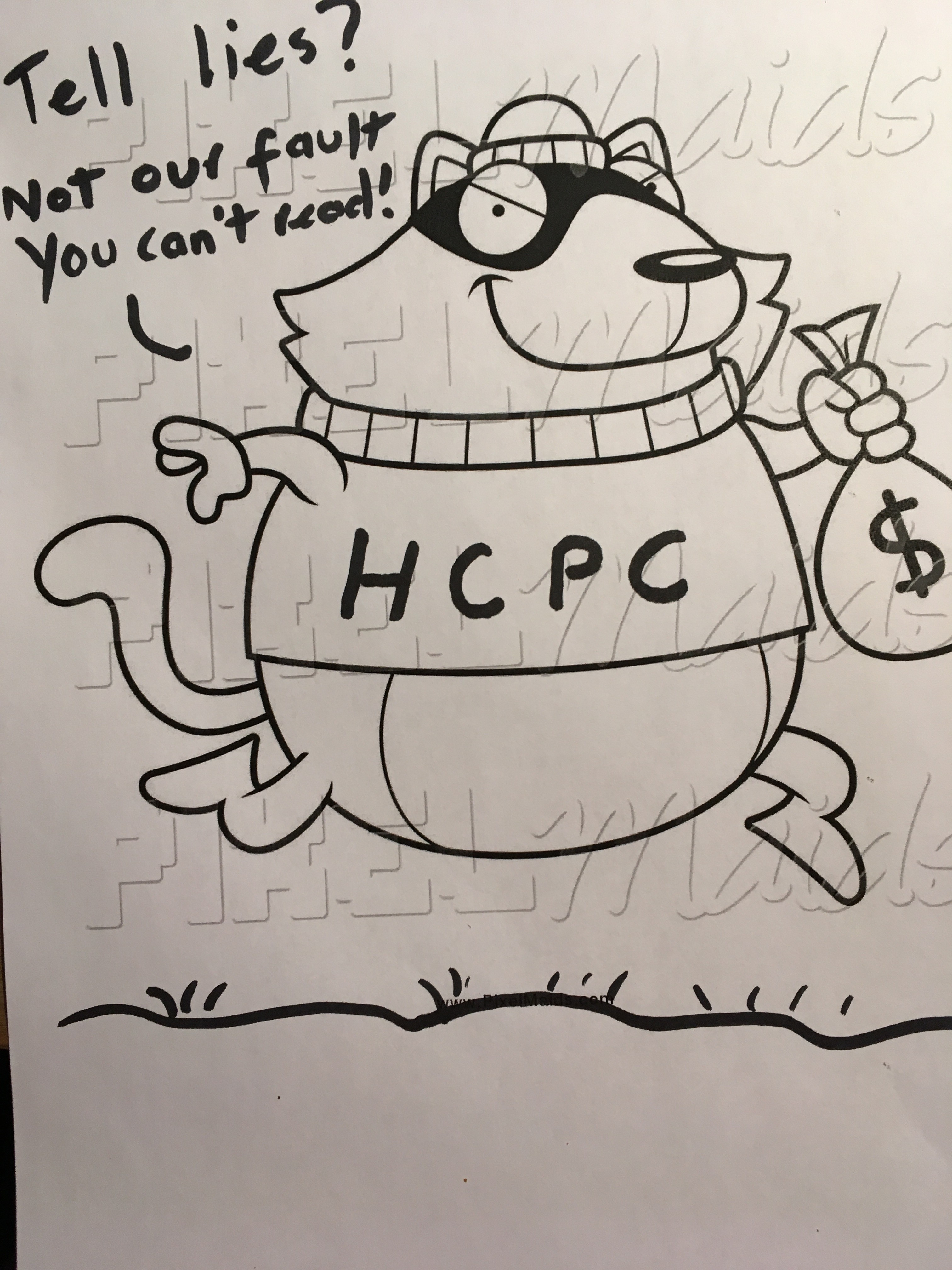 Word of the week, if not the year, most definitely belongs to “normally” – that innocent little adverb, which has taken on a new significance in the last few days. We all know what it means – at least we think we do – and we probably use or hear it at least a dozen times each day. For me, it formed the basis of a common complaint from patients over the years – “I’m not walking normally”- and often led to an interesting conversation about what ‘normal’ actually means in that context. The online dictionary definition states: “commonly, as a rule, ordinarily, for the most part, generally, more often than not – all fairly straightforward and understandable, but give the word to the curious breed of civil servants whose role is to write up the impenetrable tomes of Parliamentary legislation, it’s meaning and significance take on a much different complexion indeed.

These legalistic wordsmiths are masters of their trade. Their brief is to write up Bills, Orders, Acts and other statutory instruments once they have passed through the various debates and stages in the Commons and Lords and are then enacted “into Law”. These lengthy documents are then published and are supposed to reflect fairly accurately what was agreed and voted on in both places – and at first glance, even to expert lawyers, they often do. But sometimes, hidden away in a minor sub-paragraph is an innocent little word like “normally” and it passes right on by without a second glance because we think we know what it means and most of the time, no one is any the wiser. Then something unforeseen and quite unexpected happens and we discover just how mistaken we really were.

Those with an interest in these things may have heard an enlightening discussion about what “normally” really means during the Supreme Court hearing on Article 50 last week. Never one to miss an opportunity, James Wolffe QC for the Scottish Government, invited the Justices to consider what is known as the “Sewel Convention” – the political agreement promised to Scotland in the wake of their independence referendum two years ago and incorporated into the Scotland Act 2016. Wolffe argued that under the devolved powers granted to Scotland the previous year, its wishes must be respected by the UK government in relation to Article 50. It was a cunning submission.

The following morning, the government lawyer, Lord Keen, dismissed the argument by revealing what the wording of the legislation in respect of the Sewel Convention actually meant. In Section 2 of last year’s Scotland Act, there is a
little note, which seems straightforward enough at first;

What Keen argued was that the use of “normally” in this legislative context implied was that there were circumstances whereby the UK Parliament could legislate with regard to devolved matters without the consent of the Scottish Parliament. According to the British government, the Sewel Convention might be enshrined in law, but with the inclusion of this weasel word, it becomes, to quote Keen “a self-denying ordinance” and can be ignored whenever Westminster sees fit.

This little revelation to a side-argument in a complex and often boring legal case has gone largely unreported, but it is important as it illustrates just how intellectually dishonest our government institutions with their political masters and civil servants have actually become. According to the government, the Scotland Act delivered on the promises made after Scotland rejected independence and enshrined into law the sovereignty of its Parliament in Edinburgh. But with that one little word, it’s not true. The politicians have lied. Cue shock, horror and outrage? Not quite. None of the mainstream media outlets with the exception of the Financial Times reported on the discrepancy.

“Curiously the government reply came in two parts. The QC who started speaking was not their main barrister, James Eadie QC, but the Scottish government minister and advocate-general Lord Keen QC. He wanted to respond to various devolution arguments. The impression was that it was devolution that had rattled the government most, not general arguments about the prerogative or parliament.

To meet the devolution arguments, Lord Keen put forward the view that the devolution legislation — including the “Sewel convention” — did not stop Westminster and Whitehall from doing as they wished. The rule was merely a self-denying ordinance. That may be a good argument to meet the problem in court but it will not go down well in the devolved administrations.”

Or anywhere else. Lies never do. When they are laid bare.

Readers of this website will be familiar to the use of weasel words in legislation, in particular that of the Health Professions Order 2001, which carries its own brand of deception and misrepresentation. In this case, the offending word is “if” – an even more innocuous term than “normally”, but equally as devious. In grammar, it is known as a conjunction – a part of speech that connects words, phrases or clauses and is literally understood to mean “as well as” or “provided that”.

The word is hidden away in the part of the legislation that deals with the use of professional titles, such as chiropodist or physiotherapist and is included in a sentence that prefaces the circumstances where a breach in the legislation can occur. Section 39.1 of the Order starts:

Since 2003, the Health and Care Professions Council have claimed that the use of a title is restricted to those health professionals who hold current registration and that anyone using a title without registration was committing a criminal offence and liable to a fine not exceeding £5,000.

Unfortunately, just as we have seen with the disclosures over the Scotland Act last week – it isn’t true. The use of the term “if” makes the offence conditional on what follows – an intent to deceive. If someone who isn’t registered uses a title without a clear intent to deceive, then there is no offence. The legislation further provides the circumstances where an offence can occur, providing there is also an accompanying deception. The remainder of the section reads:

As so often, it is what the legislation does not say that is important in this context. Given the circumstances outlined above and the qualifying criteria of the intent to deceive, it is perfectly lawful for someone holding a qualification in podiatry or physiotherapy – to take the examples cited – to use a title without registration with the HCPC provided they did so without deceiving the public in the process. Without claiming or giving the impression they were registered when they weren’t.

Well, so what? As we have seen, parliamentary and constitutional legislation is almost always flawed when first enacted and more often than not, requires constant revision. Sometimes events highlight hitherto unforeseen difficulties and urgent amendments are made to protect from any injustice that may result from loopholes or misinterpretation. But this does not apply with the revelations concerning the HCPC that have been highlighted during the court proceedings covered by this blog.

The role of medical regulators like the HCPC is to provide the public with an element of safeguarding against individuals that are unfit to practice in their designated specialism. They function within the legislation handed down by Parliament. Sometimes, the legislation is deficient.

Nine years ago, I raised a concern about a particular aspect of legislation that prejudiced the safety of those I look after during my nine to five routine. It’s one of the few things in life that I take seriously. Who would’ve thought? What followed has certainly been an enlightenment of sorts and if nothing else, has served to explain just how a screwed-up and corrupt ideology has become entrenched in our government and institutions in recent times.

If you excuse the repetition, normally, one would expect an apology and a period of self-reflection from those guilty of deception. Normally, one would expect some honesty. Normally, you would expect the truth. But we don’t live in normal times. We live in what’s become known as the post-truth society where liars seek to convince you that what you see with your own eyes is simply an illusion; that their version of events is the only thing that matters. Even when it is not true.

Below is the final piece of correspondence that I received last week and aptly it is from the civil servant at the centre of this debacle – the very individual that I first raised my concerns to nine years ago this month. I never received a response to my concerns and as you can see he still hasn’t got much to say. But he does purport to answer for the Chair of the organisation, Elaine Buckley, who is clearly having difficulty with the “yes” or “no” answer to my question – whether she was aware of the significance of the weasel words in this legislation. But of course she can’t answer without incriminating either herself or her boss, so mum’s the word and no doubt she hopes that no-one will be any the wiser. Because, given the circumstances, that’s really materially dishonest.

Like every other registrant health professional of the HCPC, Elaine will have realised that her Registrar’s public statements on this matter are incongruous and untruthful. It is claimed that the HCPC has never sought to conceal the relevance of this critical passage in the legislation, but it cannot substantiate that claim by providing any evidence of disclosure, for indeed there has been none.

In the wake of Shipman and Alder Hey, the government promised better protection of the public through a comprehensive reform of health regulation yet two decades on, there is a growing litany of serious failings in our health and social care system whose responsibility lies squarely at the doors of regulators like the HCPC, NMC and CQC. And in every case, concerns were raised and ignored. Sound familiar?

This website is reaching the conclusion of its objective – to inform all you good folk, whether it be friends, patients, colleagues – or any other interested party – about this rather curious and convoluted legal journey of an old and very tired chiropodist – and a health regulator with a very clear intent to deceive.

It’s time to finish the story.

Thank you for all your patience and good wishes in recent weeks. I shall update you over Christmas with a release date for “An Intent to Deceive”.

Best wishes for the festive period and 2017.