Earlier today, my old professional body, the Society of Chiropodists and Podiatrists issued the following statement:

Mark Russell has lost his appeal against his conviction by West London Magistrates in his case with the HCPC. The Society of Chiropodists and Podiatrists believes that regulation of podiatrists by the HCPC is the best way to ensure safe and effective care by podiatrists and protection of the public from unregulated providers. The outcome of the appeal against Mark Russell has demonstrated that there is still work to do to ensure more proactive regulation of podiatrists with the ultimate aim of ensuring protection of the public from unregulated providers.

It has always been the Society’s position that, in order to protect the public, all podiatrists (as with doctors, dentists or nurses) should be regulated by a recognised regulatory body. As the largest UK membership body for chiropodists/podiatrists, the Society has always been resolute in ensuring its members maintain the high standards required to practise safely and effectively as health professionals. Regulation is essential as part of this process, as those who are regulated are mandated to maintain standards in training, professional skills, and behaviour. It is only through regulation that the safety of patients and the public can be ensured, and offers reassurance to the public that their healthcare professional is up to date in their clinical skills and is accountable.

Mark Russell is not a member of the Society, as all our members must be registered with the HCPC in order to become full members with the title chiropodist/podiatrist. Mark Russell de-registered from the HCPC in the belief that it is not protecting the public by allowing unregulated foot health practitioners to practise in an unregulated environment. Although there are a number of issues in relation to those who practise outside of HCPC regulation, we believe that de-regulating and then continuing to practise as a ‘podiatrist’ is not the way to resolve this, nor is it the way to increase public confidence in the profession.

I will issue a statement about the outcome of the appeal in due course, but in response the the statement issued by the Society of Chiropodists and Podiatrists, please note the following.

The Society’s Council, Executive and membership are aware that the Health and Care Professions Council (HCPC) have misled the profession regarding designated title legislation since its inception in 2003. My original concern with the regulator was a safeguarding matter which arises when registrants are struck off for serious misconduct or lack of competence – and are still able to practice in the private sector using a different title. These concerns are well known to the Society and the HCPC, but have yet gone unanswered.

When I raised my concern, I thought our titles of Chiropodist and Podiatrist were “protected” in law and their use restricted to those only on the HCPC register. I was not aware of the qualification that an offence could only occur if use of the titles whilst unregistered was accompanied by an intention to deceive. I suspect my understanding was consistent with all of my colleagues in the UK at the time.

In 2004/5 I served as a Council member with the Society and was part of their Legislative Affairs Committee under the Chairmanship of Ralph Graham. Most of our remit concerned the recently introduced Health Professions Order and the HCPC. Throughout my time on Council, I was never advised of the qualification of an ITD in title protection, nor were any of my colleagues.

In her judgment, HHJ Beech states:

Mr Russell maintained that he did not understand the wording of the offence despite the fact that he had taken an avid interest in the legislation and had lobbied the Scottish Parliament on it and that when he was a member of the Society of Chiropodists and Podiatrists, he had been a member of the Legislative Affairs Committee and in that role, he had scrutinised the legislation.

The Next issue is whether Mr Russell appreciated the true import of paragraph 39(1) of the 2001 Order in that it involved an intention to deceive. We repeat that Mr Russell is an intelligent man. He has been a member of the Legislative Affairs Committee of the Society of Chiropodists and Podiatrists and had taken a great deal of interest in the proposed regime and the legislation.

We find his evidence on this point is incredible and not worthy of belief.

On 10th October 2015, I wrote to the Society’s Chief Executive and Council on the following terms:

You will recall that during my terms as an elected member of Council in 2004/5, I had some responsibilities with the Committee for Legislative Affairs. At the time, much of the committee’s work concerned the Health Professions Council and the recently introduced regulatory regime under the HPO. This was a divisive and difficult time for the profession with all the issues around grandparenting and the failure of government to address the matters around closure.

Like most of my colleagues, if not all, I was under the impression that the legislation provided protection for the title of the profession ? Podiatry and Chiropody and all the derivatives – and it was an offence to use these titles unless current registration was held with the HPC. At no time was I under the impression that there were circumstances where the titles could be used by unregistered practitioners – when there is no intent to deceive.

During the Crown Court Appeal last week, the Prosecution admitted that there were no ?protected titles? under questioning from the Judge. The legislation only states ‘designated titles’ and these cannot be protected whilst there is a conditional requirement of “an intent to deceive”. The Prosecution was asked directly that if a chiropodist were to deregister from the HCPC and to continue to call himself a chiropodist on all business and advertising material, but somewhere produced a narrative which may be publicly available, would that constitute an offence under this Order? He confirmed that is would not.

This clarifies the statement made at the Old Bailey by the Prosecution when it was admitted that misuse of the title was absolutely conditional on “an intent to deceive” – therefore there were perfectly legal circumstances when an unregistered practitioner could use a designated title.

This was not the impression I was led to believe up until the Old Bailey appeal last year. Last week I spoke to Ralph Graham who was Chair of Council – and the Legislative Affairs Committee – when I was a member and was relieved to find that his views are consistent with my own. If the HCPC were aware of the legislative provisions in the Order from the outset, then it would appear that all the professions have been misled – not only our own.

Joanna has kindly forwarded me the article submitted by the HCPC for publication in the November issue of Podiatry Now. Can I also ask that you read carefully the content of the email addressed to Joanna that accompanies this letter as we are approaching a very interesting time with our relationship with professional regulation.

I am due to give my evidence in chief on December 10th and my perspective of the regulation will be crucial. In that respect I would like to be quite clear with the facts before I present them to the court. At no time whilst I was an elected Council member was I told anything other than use of a protected title whilst not registered with the HCPC was a criminal offence. I would like to know whether the understanding I had was consistent with my colleagues on Council at the time – and the membership as a whole In the circumstances I would ask that a formal response to this letter be provided by Council within 14 days.

I received a reply on 29 October:

Dear Mark
I am writing to confirm the position that I advised you about when you called me yesterday.
Your letter was considered by the Society Strategic Planning and Implementation Board (SPIB) on behalf of Council on Monday. The members of SPIB felt that it would not be appropriate for the Society to provide a comment to be used as part of the evidence in your case. The Society will review the position once the judgment has been published.

In April 2016, Ralph Graham kindly offered a witness statement in relation to our understanding of the legislation which I have attached below. Ralph’s statement was served on the HCPC immediately, but unfortunately he was on holiday on the final day of evidence. His statement was however, seen by the Judge – as were some two dozen other letters and statements from colleagues saying much the same. That we were not aware of the necessity of an intent to deceive to commit an offence by calling yourself a podiatrist without HCPC registration. Unfortunately, for whatever reason, this evidence was disregarded in the case.

It is hugely regrettable that the Society was unwilling to issue a statement about the advice they gave to a former Council member during his time in office as it may have made a difference in the outcome, but it is hardly surprising.

In regard to the final paragraph: I resigned as a member of the Society in 2006 – before I deregistered from the HCPC in September 2008. I resigned as I believed that the organisation was failing in its primary function of promoting the best interest of its membership. Further, the reason I ceased registration from the regulator was simply because the Registrar had failed to respond to my concerns – as an individual registrant – over the safeguarding of the public from registrants that have been struck off for serious misconduct or lack of competence and go on to exploit the weakness in the legislation to carry on practice under a different guise. It is regrettable, as ever, that the Society is once again silent on the risk to the public from these individuals, but of course, to do otherwise would rock the boat.

And we can’t have that. 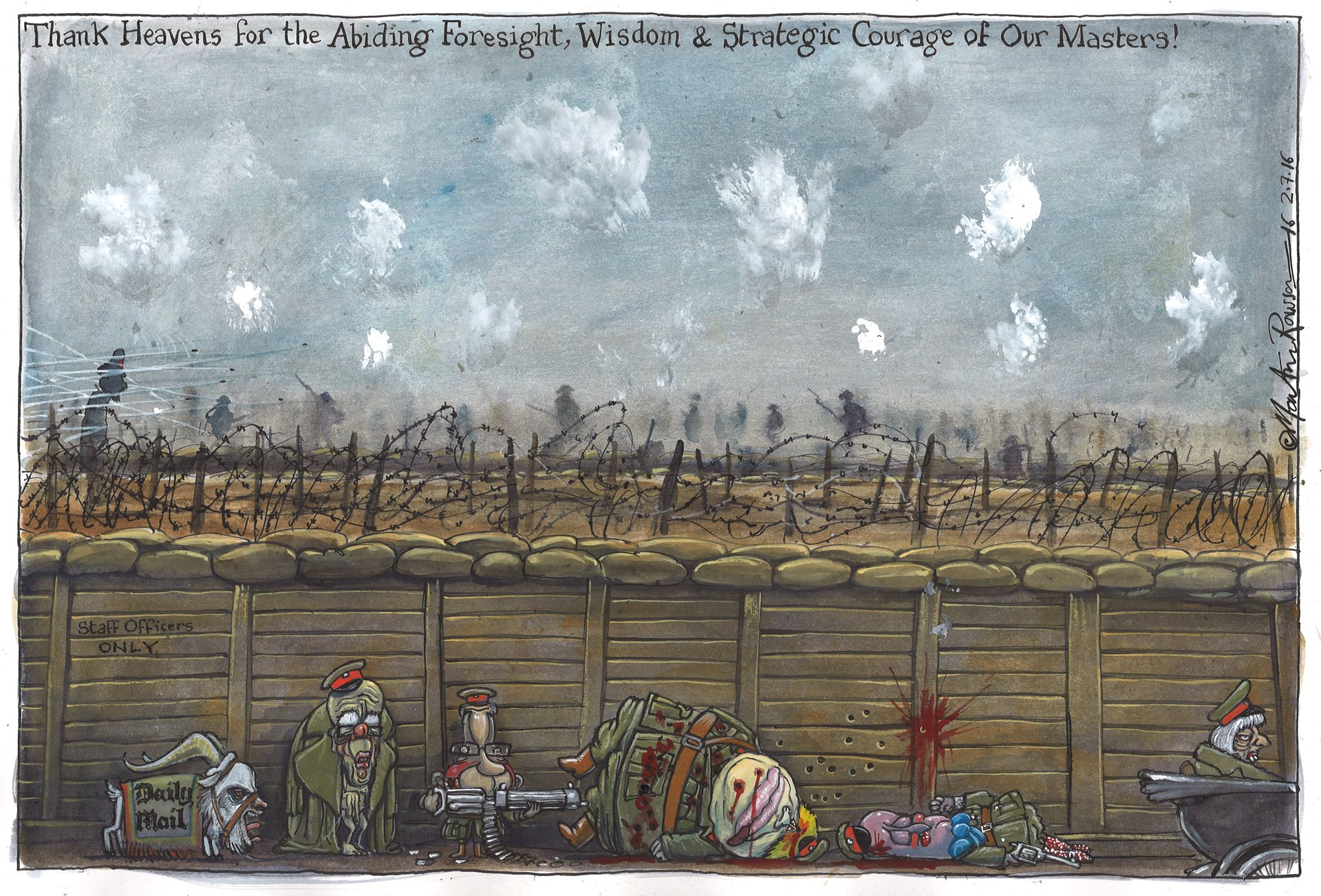